Setting Up as a Freelance Translator

Launch your freelance career and unlock your potential!

There is more to being a successful freelance translator than just being an excellent linguist.

Our online SUFT course will provide you with the additional skills and knowledge you will need to succeed in the competitive world of freelance translation.

Central to the success of the course is the personalised feedback and mentoring that you receive from the tutors and the peer-to-peer learning you gain from the other students.

You will have direct access to ten successful practising translators. Each tutor will cover a different topic in two separate sessions. They will: 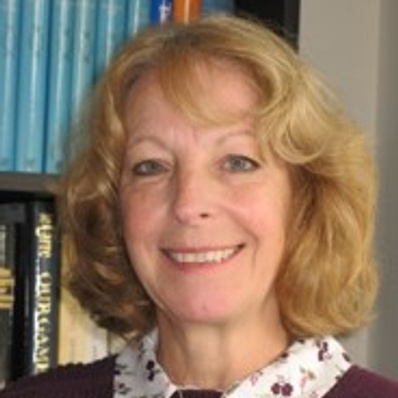 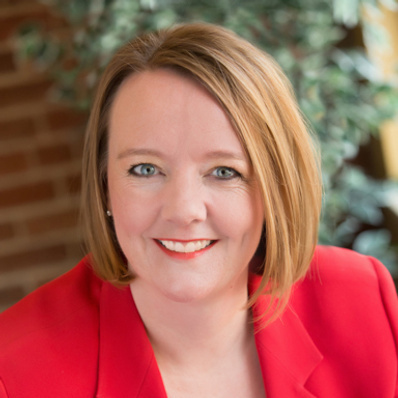 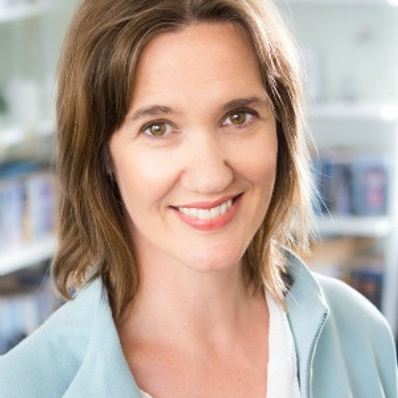 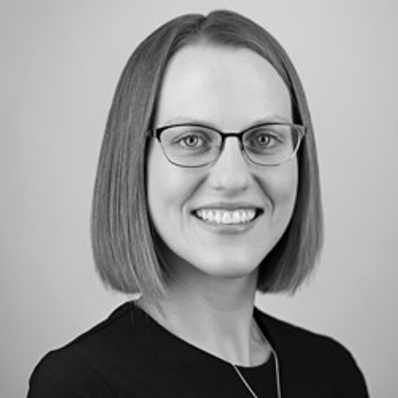 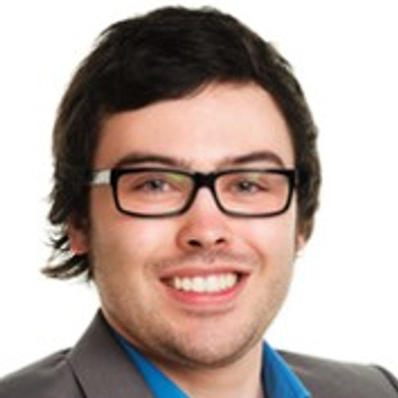 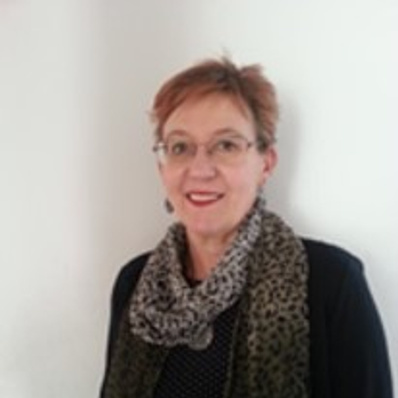 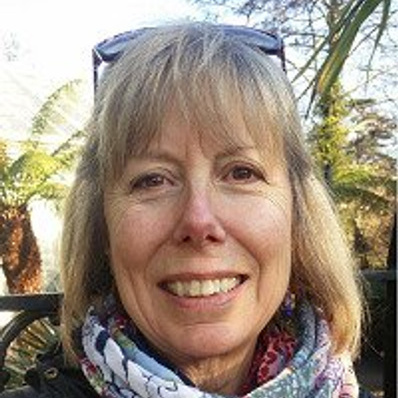 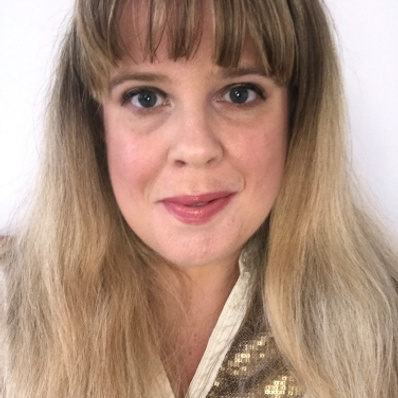 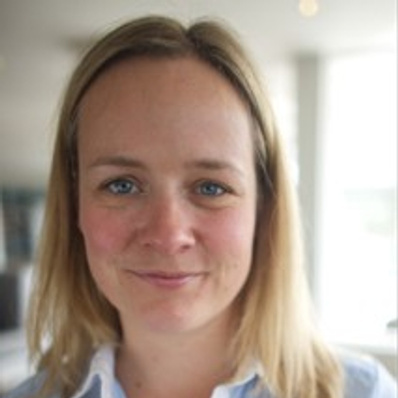 Heidi Kerschl, FITI, is a high-volume technical translator from English to German who tends to translate/proofread around 600,000 words per year. After graduating as a translator and interpreter in Munich, Heidi worked in the marketing departments of Bayer, one of the largest pharmaceutical companies in the world, and Lotus Development, then a cutting edge software development company. During her time at Lotus Development, she also gained a post-graduate Diploma in Marketing. This qualification and her work experience with these two industry leaders proved an ideal starting point for setting up as a technical/medical freelance translator. Before resuming her career as a freelance translator in 2006, Heidi worked for 6 years as a director of a translation company, and therefore knows how to sell translation services, and what potential clients expect and require from translators and interpreters. Throughout all her career, Heidi has been very active in translator and interpreter training; a frequent speaker at conferences and workshops, lecturing on MA courses and organising training events. Heidi has been a tutor on the ITI Setting up as a freelancer translator course since its inception.

Karen is from Manchester, UK and has a Diploma in French and a PhD in Organic Chemistry (University of Cambridge, UK). She worked in the pharmaceutical industry in Europe, then after relocating in 1999, in pharmaceuticals and cosmetics in the US. She set up her translation practice in 2005 and it took off quickly. Karen credits specialising, responsiveness and networking as the secrets to her success.

Fiona Gray MITI founded her freelance translation company, Grayscale Translations Limited, in 2016, having gained extensive experience within the industry as an in-house translator, proofreader and project manager. She works from German into English, specialising in marketing and business texts and excelling in the translation of relatively small pieces that require a dash of creativity and close attention to style. Fiona is a passionate member of ITI, having recently taken on the role of Coordinator for the ITI East Anglia Regional Group and regularly contributing to the ITI Bulletin. She promotes languages and translation at school and university events whenever possible and spoke about her own business model and productivity levels at the Elia Together conference in Athens in 2018. Fiona has managed to build a corporate and personal brand that is memorable and consistent across all of her marketing measures.

Lloyd Bingham (BA MITI) is a translator working from Dutch, German, French and Spanish into English. He runs Capital Translations in Cardiff, having first worked as an in-house translator and senior translator, managing an in-house translation team in the north-east of England. He is a qualified member of ITI and Sense (Society for English-speaking professionals in the Netherlands), and a committee member of ITI Cymru Wales.

Lloyd has focused on engaging with the translation profession from day one. He credits much of his business success to building connections online and is keen to share his practices with newcomers to the profession to help them get their business off to the right start.

Lloyd has delivered presentations on professionalism at major translation conferences, and on successful Twitter practices for translators and interpreters at seminars for ITI networks and the London Language Show.

Joanna Waller has been a freelance translator for well over 30 years. She is an ITI Fellow and chartered linguist, working from French, Spanish and Italian into English. Specialising in technical subjects (engineering, telecoms, IT) to earn a living, but with another life as a volunteer in international organisations committed to helping people in need, she has also worked for free translating and teaching, and thus acquired another area of expertise in development, aid, civil society and human rights, leading to paid work for a number of clients in these fields.

After graduating in German and Russian, Kari Koonin FITI started her translation career translating in-house at Voest-Alpine in Austria for five years. After moving out of translation for several years, during which time she lived and worked in the Netherlands and South Africa (with Siemens), she turned freelance after the birth of her daughter and now has over 30 years’ experience as a freelance translator from Dutch, German and Afrikaans to English. Kari’s specialist field is horticulture, agriculture and food. Alongside her translation work she is Chair of the ITI Professional Development Committee and gives frequent talks, workshops and webinars on a range of translation-related subjects, including at the ITI and OU SWATI events, the London Language Show and various universities. She has also taught German to English translation on the University of Westminster MA in Translation Studies. Kari lives in London and when she is not translating, she is an active member of her local community garden and works on her allotment and is currently studying for a Royal Horticultural Society qualification in the Principles of Horticulture as part of her subject-related CPD.

Jakub Sacharczuk (BSc, AITI) is a freelance interpreter and translator. He provides linguistic services to various clients predominantly from the legal and insurance industry.

Jakub started his self-employment in 2008, mixing it with university and part-time work in customer service. Gradually, he went full time into language services and in 2013, to diversify the income, took part in the BSEEN, EU programme providing funds and training to start-ups. Translation Ofis Ltd, the company established as a result, serves as a  linguistic and cultural bridge between various service providers and the Polish community. Jakub is very involved in giving back to the profession and the community, organising and delivering training, serving on the Board of ITI and supporting other NGOs.

Sarah Bowyer is a legal and sports translator working from French and Spanish into English under the name Crossbow Translations. Following a degree in Modern Languages from Cambridge University, she practised as a solicitor at large, international law firms for almost ten years before changing career. She is passionate about promoting collaboration and connections within the translation profession and is the Business Mentoring Coordinator of the ITI French Network and Membership Secretary of the North West Translators' Network. Her work was recently recognised with the ITI Best Newcomer (Freelancing) Award in 2020.

Anja Jones is the Managing Director of AJT, a UK-based boutique translation agency specialising in localisation services for the European market. Anja started out her translation career as a freelance translator in 2010. Since then, the company has grown significantly and today employs nineteen in-house and remote staff as well as over 150 freelance translators. Anja's focus is on encouraging young language talent into the translation industry in a safe and fair way, and on sustainably growing a translation business that pays fair rates to its translators while delivering exceptional quality and added value to its customers. AJT is a Corporate member of ITI, and in May 2019 the company received ITI's Corporate member award in recognition of its innovative Graduate Junior Translator Scheme.

Pre-recorded webinars are followed by live online Q&A discussions and practical activities. With over 25 hours of tutor time and one hour of individual feedback on your CV and business plan, plus additional reading time, you will be able to record over 30 hours of formal and self-directed CPD.

All live online discussion sessions are recorded, so if you can’t make one you will be emailed a link to the recording after each session, which you can listen to at your convenience.

The course comprises ten individual units, each covering a topic that is central to success as a freelance translator.

SDL Trados Studio 2019 Freelance and memoQ are the leading software used by translation professionals. Designed to accelerate translation while maintaining high levels of quality, one licence will be awarded to the two students that the SUFT course tutors agree have been the ‘best in class’.

Recent winners on the last SUFT course were Caroline Cronin and William Young. Read about their careers, thoughts on the course and being crowned ‘best in class’ in their profiles below.

How do I apply?

The next SUFT course starts in September 2021.

Find out what motivated former student Matthew Walker to sign up for SUFT and what he got out of it.

I have really enjoyed the course and it has been unbelievably useful. I would highly recommend it to anyone new to the translation world.

I learned so much, and I've already been able to put a lot if it successfully into practice, so it has been well worth the investment.

The SUFT course was one of my best CPD investments ever..... I cannot think of one single aspect of the course I have not used since I completed it in 2016.

Thank you to ITI for putting together such a great team of friendly and encouraging tutors and such a useful course. It's worth every penny. If you need a final push to get you started, don't postpone, go for SUFT.