Following the conclusion of ITI’s latest Setting Up as a Freelance Translator (SUFT) course just before Christmas, the students awarded 'Best in class' have been announced.

Caroline Cronin and William Young were the well-deserved recipients of these awards. Course tutors voted for them based on their course work, and the contribution they each made to the sessions and the group as a whole.

Course director Ann Brooks commented: “The SUFT course runs over ten weeks and during that time the course tutors were impressed with the way in which Caroline and William engaged with each session and  unit activity, and also by how they contributed to the group discussion and supported the other students.”

Ann continued: “I would like to extend my thanks to both Trados and memoQ for their generosity and the way they continue to support freelance translators looking to break into this competitive field.” 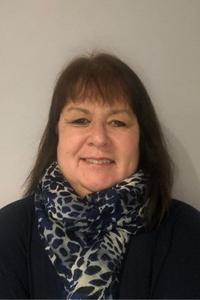 Caroline Cronin completed her MA in Translation with the Open University in March 2020, just as the UK was moving into its first lockdown, so it was a big decision to sign up for the SUFT course that was starting in the autumn.

She explains: “While the MA had increased my confidence to translate professionally, on a practical level I was more clueless!  How did I get started?  How should I market myself?  What were LSPs looking for?  How would I cope with the administrative aspects of working freelance?  The SUFT course is a financial investment so I weighed it up carefully but I was encouraged by the comments of others who had done the course and decided to go for it.  I am so pleased I did!

"The tutors were so encouraging and approachable and couldn't have been more helpful and patient with the myriad of questions we asked! It was great to find out I wasn't the only one with similar queries and concerns. As participants we had a chance during the course to meet more informally.

I feel in a much better place to get going now and I'm really looking forward to it!  I wouldn't hesitate to recommend this course to anyone who is thinking about becoming a freelance translator." 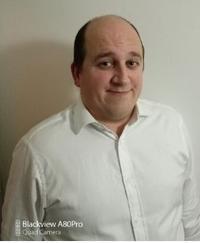 William Young spent the early years of his translation career carrying out voluntary translation work for charitable organisations in order to gain experience in translation. He felt that although he had plenty of practice in the activity of translation itself, he was nevertheless still lacking in both confidence and expertise when it came to the business side of being a freelance translator.

“This is an area in which the Setting Up as a Freelance Translator course turned out to be very useful indeed,” explains William. “I learnt a great deal about all aspects of being a freelance translator, from marketing your services using online resources to handling the admin side of the profession. Ultimately, I came out of the course feeling that getting into paid translation isn’t as daunting a prospect as I had originally thought it would be, which was a great relief!”

The next edition of Setting Up as a Freelance Translator starts in September and once again Trados and memoQ will each be offering a software licence to the students voted 'Best in class.'

Find out more about the SUFT course and how to apply.