The winners of the ITI Awards 2020 were announced at ITI’s online Summer Awards Party on 4 September. 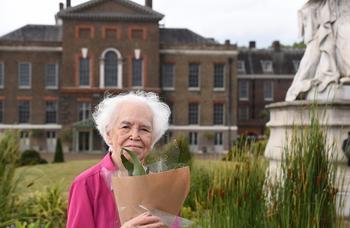 Michalina Ageros received the John Sykes Memorial Prize in recognition of her lifetime promoting interpreting standards, training interpreters and working as an interpreter herself.

Alongside a prestigious career as a conference interpreter for the EU, UNESCO and other world bodies, Michalina was an academic in the field of Sociology, first as a Reader at the London School of Economics and then a Professor of Sociology at the University of Lancaster.

She has been teaching on the Conference Interpreting MA at London Met since 2009. One of the university’s training suites for interpreters was named in her honour in October 2019.

The winners of the other awards were:

Mentor of the Year
Francesca Matteoda

Look out for award winners’ stories in ITI Bulletin and on the Institute’s website in the coming months.