ITI is pleased to announce the results of its 2021 awards competition. 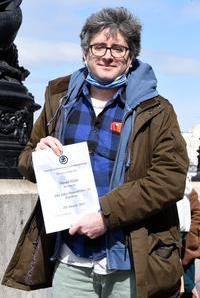 (The recipient of this award is selected by the current and previous two ITI chairs.)

Within the wider community, Daniel is recognised and known for his work in translation, which in turn has raised awareness of our profession among people who otherwise wouldn’t have given it a second thought

(These awards recognise the individuals who achieved the highest mark in the MITI assessment over the previous membership year.)

(These are the awards for which entries were invited. We would like to take this opportunity to thank our judges for all the hard work they put in. Our judges this year were: Sue Anderson, David Budgen, Daniela Ford, Ilir Hoti, Andrew Leigh, Yves LeJuen and Francesca Matteoda.)

Watch highlights from the Awards ceremony

Look out for announcements about our 2022 awards later this year.

Why Mentor of the Year?

Reaching out for better understanding