We talk to Ros Schwartz, award-winning literary translator with almost 40 years’ experience and over 100 published titles.

Tell us a little about your approach to CPD over the years. What part has CPD played in helping you get to where  you are today  in your career?

In book publishing, the main form of CPD is the editorial process. When I began (diving straight in at the deep end with no training), I had the good fortune to work with some brilliant copy editors, who gave me extensive feedback. I learned on the job, through my toe-curlingly embarrassing mistakes. There were no computers in those days: the editing was done on hard copy, and the editor would talk you through their suggestions.

I’ve also worked on a number of co-translations, and these too serve as an intensive form of CPD. No one is harsher than a fellow translator whose name is going to be on the book too, and who is equally ‘inhabited’ by the text. And the experience of leading workshops and supervising MA students has forced me to articulate my practice. Literary translators often work intuitively, and so having to transmit my know-how has made me think very hard about the decisions I make and why. Ironically, I’ve picked up a lot of useful theory from my students’ dissertations!

There’s not much externally run CPD for literary translators, so we’ve had to create our own, which we do with peer-led workshops, clinics, summer schools (including the one I co-direct at Warwick), conferences, and journals such as In Other Words, PEN Transmissions, Asymptote and Words without Borders, which feature articles by practitioners for practitioners.

International Translation Day and the Translation Centre at the London Book Fair both offer valuable panel sessions and talks. There are residential centres where literary translators can stay for periods of up to three months; they offer the chance for fruitful exchanges with peers from around the globe.

The Literary Translation Facebook group is brilliant when you need to consult the hive mind. Recently I’ve found help with a knotty problem around French 16th-century love poetry and with the conundrum of which pronoun to use for a cross-dressing man. There is openness, generosity and humility in the literary translation community because we all recognise how challenging our job can be.

What kinds  of CPD have you done in the past which have added the most value to your work and skills?

Every book I translate brings new challenges and is a form of CPD. I work closely with some of my authors, which is always enriching, while the editing process is a humbling reminder that a translation can always be improved.

For my most recent book, set in Cameroon, I went to Cameroon, where I was leading a workshop, and I submitted my draft translation to my students, who set me right on a number of points, especially when it came to food. There is no substitute for actually knowing the place where a novel is set. Another time, I went to Brussels to research the settings for the Belgian novel I was working on. I’ve found residential short courses to be another valuable form of CPD, not just for the content but for the informal conversations that happen in the interstices.

As someone who not only undertakes CPD but also runs literary translation workshops, can you tell us a little about the areas an aspiring literary translator would need to focus on most in their  CPD?

Literary translation is something that is best learned by doing. Attending a summer school such as Warwick Translates or the BCLT summer school is a good way to dip your toe in the water and to learn from working with peers as well as from the workshop leader. I would also suggest applying for the National Centre for Writing’s excellent mentorship scheme. Think about finding a ‘buddy’ and critiquing each other’s works.

And read, read, read. You need to be aware that it’s a difficult world to break into because there are more aspiring translators than there is work to go around, so you need to be deeply committed and passionate. And bear in mind that literary translation is not a way of earning a living, so you will have to combine it with other work. It is not something for the faint-hearted.

This article first appeared in the September-October 2020 edition of the ITI Bulletin. 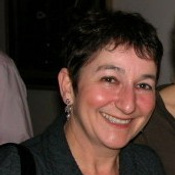 A professional translator from French since 1981, Ros has over 100 works of fiction and nonfiction to her name. Her recent titles include Max Lobe’s A Long Way from Douala, a number of Georges Simenon’s Maigret titles, Mireille Gansel’s acclaimed Translation as Transhumance, and Sylvie Weil’s Selfies.

In addition to her work as a literary translator, from 1988 to 2016 Ros ran a small translation company specialising in stylistically demanding texts in fields such as marketing, trade exhibitions, the environment, aid and development, the visual arts, cookery and tourism. She is currently a Royal Literary Fund Fellow at King’s College London and is co-chair of English PEN’s Writers in Translation committee.

In 2009 Ros was made a Chevalier de l’Ordre des Arts et des Lettres and in 2017 she was awarded ITI’s John Sykes Prize for excellence.