The language of pandemic

The past six months have given rise to a whole new terminology. Summer Mouallem talks about translating COVID-19 health messages into Arabic.

As COVID-19 spread rapidly around the world, the importance of public health messages became paramount. They had to come across clearly and consistently, not just in English but in other community languages too: informing, influencing and motivating at all levels, from individuals up to high-level institutions. With my pharmacy background and experience in medical translation, the medical terms were relatively easy. The issue was how to adhere to the pillars of translating public health announcements: simplicity, cultural competency, one term per concept, clarity and certainty.

Getting to the point

Many terms and expressions now had to be set out in a way that enabled the reader to know exactly what they meant – without paraphrasing or synonyms. Misunderstandings might make the difference between life and death. Sometimes, that involved a workaround. My first COVID- related assignment was to translate the simple message: ‘Catch it, bin it, kill it.’ I had to work against the usual politeness modes by not adding the word ‘please’ to the translation in order to convey that this was closer to an order than a polite request, which might be ignored. This meant that in fact I had to ignore the cultural sensitivity criterion, even though this is usually an important element of any successful public health announcement.

At the same time, a whole list of terms that needed to be accurately translated to fit the new situation was growing longer – while the translation submission deadlines were getting tighter. I decided a bilingual glossary was urgently required and that it had to serve at various levels: on the one hand it needed the terms relevant to healthcare professionals, who are used to using medical jargon, and on the other hand, language for addressing the general public, who need simple but clear expressions and information.

These are some of the issues I had to think through in coming up with the Arabic equivalent non-medical but COVID-related terms.

It was imperative to show the exact differences between pandemic (an epidemic that affects the population of a wide geographical area) and epidemic (the outbreak and rapid spread of a disease in a community, affecting many people at the same time). The same went for outbreak and spread; according to the Oxford Advanced Learner’s Dictionary (OALD), ‘outbreak’ is ‘the sudden start of something unpleasant, especially violence or a disease’, while ‘spread’ is ‘to cause somebody/something to be in a number of different places’. It was important to translate each separate term accurately, in order to drive home the message of how the disease is spreading exponentially and stress the importance of cooperating with lockdown and social distancing measures.

A new word had also come into common usage: infodemic. This came about to describe the results of people spreading information about COVID-19 (usually through social media) without checking whether the information was credible, reliable or founded in any scientific reality. The flood of pseudo-information led at times to panic, and/or to people putting their lives in danger by using drugs or products they had read would protect against COVID-19.

It became so worrying that some social media platforms (for example, WhatsApp) restricted the number of messages forwarded among group chats to try to curb the spread of incorrect information.

So how could we translate ‘infodemic’? Clearly, it was coined by merging ‘information’ and ‘pandemic’, but it is not just about information going viral (excuse the pun) per se; it is also about incorrect information spreading widely. This negative aspect had to be transferred into the target language in order to ensure people realised the dangers of trusting this pseudo-information. Finding an Arabic equivalent involved using three words (pandemic + information + excessive), rather than a single compound noun. This was not ideal, since one of the principles of best practice for public health announcements is to be concise, but I decided that, on balance, if it came to a making a choice between brevity and accuracy, accuracy was more important.

Then there were the terms shield, isolate and quarantine. On the face of it, they all appear to be describing ‘staying away from others’, but this is not very precise. To ‘shield’ someone is to ‘protect [them] from a danger, risk, or unpleasant experience’, says the Oxford Dictionary of English. When the authorities referred to ‘shielding’, they meant something rather different: the UK government advice described it as ‘staying at home as much as possible and keeping interactions outside to a minimum’; and even more confusingly, US authorities meant something slightly different again (staying at home to protect others). The person is actively shielding (intransitive verb), not being protected by others.

Similarly, the OALD definition of isolate is ‘to separate somebody/ something socially or physically from other people or things’. The health message about self-isolation had a crucial difference, which was to separate yourself if you and/or someone with whom you had contact were at risk of having the virus, and this overlapped with, but was not quite the same as, ‘shielding’.

Finally, quarantine is defined as ‘a period of time where […] a person that has or may have a disease [my italics] is kept away from others in order to prevent the disease from spreading’. In the UK the term was and is used mainly in connection with travel, and usage broadly conformed with the dictionary definition (possibly because it has also been used in conjunction with other diseases in the recent past).

All three terms are similar in that they involve separating some people to protect others, but they protect different groups of people, so they need different names. The length of time that people are separated for is different too (and at the time of writing, there were different periods for self-isolation depending on who was infected or potentially infected). Yet when I was searching for the Arabic equivalents to these terms, I found that in practice they were effectively used interchangeably or synonymously. This did not convey the appropriate health message, so I had to find a single term for each concept, in order to explain the meaning and try to ensure that people complied with the message.

The curve, the shops and pay

The phrase that was used repeatedly was flattening the curve, which in all honesty very few people fully understood. The phrase was used in the hope of showing what would happen if we all complied with the measures prescribed to reduce the spread of disease.

However, a direct translation with no further clarification would if anything have the opposite effect; it would mean nothing to (and would potentially confuse) people who spoke no English and had only limited access to public health announcements in their own language. The way forward was to add the phrase ‘to contain the outbreak’. This meant a longer message, but once again clarity took priority over brevity.

There were other phrases too that were potentially confusing. Stockpiling usually refers to building up stocks of goods and/or merchandise, but in the context of COVID-19 it was used to describe bulk purchasing by customers. In the translation, we needed to differentiate goods (seller-centred) from purchases (buyer-centred).

Suddenly everyone was also talking about furlough. This is a business/military term that, before COVID-19, people would probably only have heard of if they worked in those fields. Of seven bilingual specialist dictionaries I consulted, only three listed the meaning and description of the term. According to those dictionaries, ‘furlough’ means ‘permission to be off work’ or else ‘unpaid leave/holiday’. They state that it might be given to staff at times as a result of a reduction in work. One bilingual dictionary of human resources terms did not have it listed at all.

A translation of the term 'stay alert' needed to be differentiated from 'be alert' to indicate that were were expected to have been alert already.

But as most people in the UK now know very well, the UK government’s furlough scheme meant people were given temporary time off work, with 80 per cent of their salaries paid by the government. It was a temporary measure announced shortly after lockdown with the aim of keeping people in employment and reducing the economic effects once lockdown and/or the pandemic had finally finished.

And finally, there was the famous (and famously confusing) injunction to stay alert as lockdown started to ease up. A translation of this term needed to make some crucial distinctions: importantly, it had to be differentiated from ‘be alert’ to indicate that we were expected to have been alert already but now had to remain alert and possibly even be more alert than we had been already. If it was difficult for English speakers to understand, the expression was even more challenging to translate.

This is a far from comprehensive list of all the words and expressions that COVID-19 has brought into the language. However, I hope it demonstrates some of the nuances involved in conveying public health messages in a manner that is clear, simple, relevant, concise, yet culturally sensitive. Although the pandemic is retreating in some parts of the world, it is has far from disappeared, and it has been extremely important to explain to everyone why they need to comply with the measures that aim to keep all of us safer.

This article appeared as the cover article in the September-October 2020 edition of the ITI Bulletin. 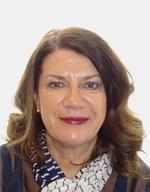 Summer Mouallem MITI is a senior lecturer in Interpreting and translation (Arabic) at the University of Central Lancashire, Preston. She is also a conference  and public service interpreter, qualified translator, transcriber and cultural consultant. She is the director/owner of Arabic translation solutions, co-founder of Interpmeds and has a number of publications. Her PhD research relates to taboo in public service interpreting. She also has an interest in the language of Islamists. Before retraining as a linguist, Summer worked as a clinical senior pharmacist.

The butterfly effect: how to survive the web of wildlife terminology translation

5 ways to maximise your translation budget

Setting up for the future