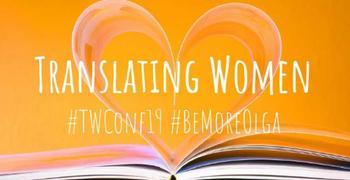 ITI has published its latest Research e-book, which looks at the barriers facing women in translation in the book market.

The Institute has published Translating women – activism in action in August to coincide with Women in Translation month (#WITMonth), an annual initiative launched in 2014 to give more visibility to women-authored literature in English translation.

This year the Institute has invited Olga Castro and Helen Vassallo to guest edit this research publication, as co-organisers of the international conference Translating Women: Breaking Borders and Building Bridges in the English-language Book Industry held at the Institute of Modern Languages Research in London, in autumn 2019.

This event considered the barriers facing women in translation in the English-language book market, from commission and promotion through to representation and reception, together with the ways in which these could be challenged. ITI’s annual Research e-book presents some of the main findings from the conference, focusing on current research evidence and thinking around key issues affecting the sector.

The publication brings together seven contributors from the conference who identify and analyse the biases that create some of these barriers, and suggest models for lasting change. Subjects discussed include: acting on rather than accepting injustices – ‘snap’ moments; how women writers and translators of colour receive even less attention than white women; the absence of Latin American women writers in discussions of ‘great’ literature; different ways in which certain Russian women writers defy ‘expectation bias’; how western biased perceptions have influenced the reception and circulation of three Turkish women authors; as well as the interaction of different structural processes in the publishing world that ultimately have an impact on women’s visibility in translated fiction in the UK.

“In these days of ever-shrinking perspectives, it is good for us to stretch out and hear the unheard voices of other human beings outside the echo-chamber of our own mainstream. This conference, and the e-book by extension, offers us the chance to approach the voices of women in particular, crossing language, national, cultural, religious, age and geographical boundaries. I am proud to have been able to play a small part in getting the messages to a wider audience.”

Olga Castro and Helen Vassallo, editors of the e-book, said:

“We could not be more proud to present this fascinating and diverse collection of essays. We hope you will enjoy reading and re-reading them as much as we have. All of our contributors call on us to demand better: we should ask difficult questions, cite women, fight the status quo, challenge expectation bias, speak on behalf of those who are silenced, and, ultimately, not just welcome more people to the translation ‘party’, but change the party itself. It is not just our right to be ‘troublemakers’, but also our responsibility”.

The e-book and links through to the full research papers are available below.

Translating Women: The inaugural Translating Women conference (London, 31 October-1 November 2019) was co-organised by Olga Castro (University of Warwick) and Helen Vassallo (University of Exeter), with the aim of promoting synergies between academia and industry to confront the gender imbalance in translated literature. It shares its name and its inclusive, intersectional values with the Translating Women project, an industry-facing research initiative run by Vassallo. Launched in 2018 to mark the Year of Publishing Women, the Translating Women project engages with publishers, translators and other stakeholders to challenge gender bias in the UK translated literature market.

Women Writers in Translation initiatives: Some of the most recent initiatives developed in the English-language literary scene include the ‘WITMonth’ campaign and the Bibliobio blog by Meytal Radzinski (2014), the ‘Women in Translation’ tumblr by Margaret Carson and Alta Price (2015), the Warwick Prize for Women in Translation coordinated by Chantal Wright (2017), the project ‘Translating Women. Gender, Publishing, Translation’ by Helen Vassallo (2018) and Project Plume by Salwa Benaissa (2019).

ITI Research Network: The ITI Research Network was founded in 2017 as a collaboration between corporate member universities, corporate members and individual members allowing them to access each other to produce solid research outcomes. The long-term aim is the production of strong evidence-based arguments upon which to model future developments and promote the highest standards in the profession.