Tim Gutteridge looks at ways to write your own brief if a client hasn’t provided one for you.

Clients do not always provide us with all the information we need about the context in which  the source text has been  produced and in which  the translation will be used. This is the kind of information which, in an ideal  world, we might  hope  to receive in a client  brief  – and some translation textbooks even create the misleading impression that such briefs feature regularly in the average translator’s life.

Note to self: learning to write your own brief

Two trends are exacerbating this: the way in which some larger agencies send out mass mailings to freelancers whose profiles match the criteria for the task, and allocating the job on a first come, first served basis; and the relegation of the translator to post-editor of computer output. Fortunately, it should be possible for almost any translator to obtain at least some of this information for themselves and to use it to move away from the ‘translation as language puzzle’ approach and towards one that tackles translation in the context of human relationships and communicative purpose. One way of doing this is through asking three simple questions:

I like to think of this process as ‘self-briefing’, a way for the translator to obtain the information that, in an ideal world, the perfect client would provide. One difference, though, is that this is an integral part of the whole process: questions to ask before starting, but also questions and answers that arise as you work on the translation itself. And the beauty of it is that a lot of the information can be found in the source text.

Let’s look at how this might work in practice. A while back, a corporate client of mine sent me a short text to translate for the company intranet, consisting of a series of safety tips for those setting out on long car journeys. At first glance, this was a fairly straightforward semi-technical piece, with a focus on information transfer (and that’s certainly how machine translation or one of those portal-based agencies would have handled it). Asking the self-brief questions, though, pointed to a rather different approach.

Who wrote  the text?
A member of the client’s corporate communications department, drawing on some basic research.

Why did they write  the text?
One might assume that the purpose here was simply to provide road safety information. However, a bit of knowledge about this company’s corporate culture suggested that it was really to project the image of a company that cares for its employees.

Who will read the text?
All the company’s non-Spanish staff (more than half of the workforce), most of whom are based in the United States.

Putting all of this information together, I suggested to the client that I take a ‘free’ approach to the translation, removing anything that was too culturally specific (the references to roundabouts and manual gears, for example), replacing specifically Spanish advice on points  such as the legally permitted depth of tyre tread with a more general wording, and replacing the material I’d cut with my own tips.

This is quite a radical example, but the principle applies in other situations too. I will often tweak marketing material for Spanish publishers and literary agents to make it punchier. With semi-academic policy documents for a think tank, I am constantly aware of the potential need to explain and contextualise references that assume a detailed knowledge of Spanish politics.

Almost any text, I would argue, will offer up such clues. Even if we don’t know who wrote it or for whom, a sensitive reading of the text and a combination of general knowledge and common sense can help us to avoid the pitfalls of over-faithful translation, and may point us towards more intelligent and even creative solutions.

This article first appeared in the July-August 2021 edition of ITI Bulletin. 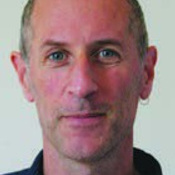 Tim Gutteridge translates from Spanish into English. He specialises in creative translation (both literary and otherwise) with a particular interest in theatre. Originally from Scotland, he now lives in Cadiz, in the south of Spain.