Negative  feedback is pretty well inevitable; and it is often pretty upsetting to deal with. Auriane Destrument MITI suggests ways to use it constructively.

Who can honestly say they’ve never received negative feedback on one of their translations? By ‘negative feedback’ I mean an indication from a client (direct or agency) that your translation is substandard. Being told that the work you have just delivered is not good enough is definitely not a pleasant experience. Yet it happens to pretty well everyone. And in fact I believe it is possible to learn valuable lessons from what seems like a setback, and to maintain - if not reinforce - the trust our client places in us. However, this requires careful thinking - not to speak of a generous dose of self-discipline.

The first thing I would advise is to step physically away from the computer. In the rarer but scarier event of a direct phone call, thank the sender for their feedback, ask them to put it in writing, and promise to get back to them as soon as you have studied the issue. Go into a different room and start by acknowledging how you feel - upset, disappointed, embarrassed, worried by the prospect of losing a client, angry, and/or a mix of them all - and then try putting those emotions aside for a while, preparing your brain to handle the feedback rationally rather than emotionally. It can help to imagine that the email was addressed to somebody else.

Once you feel calmer, a good starting point is to consider the tone of the email you’ve just received. If you’re lucky, it will be friendly, but it is more likely to be disappointed, bitter or even angry. Be aware, however, that an angry tone does not necessarily mean that you did in fact make a serious mistake. Don’t assume that the anger is fully  justified until you’ve gone into the comments in more detail.

The problem may be easier to fix than suggested. Or it may be the result of something that was not your fault at all (client instructions that were not passed on to you, for example). And, of course, it could just be that the sender was having a bad day, and you happened to be the person on the receiving end, especially if they don’t know you personally.

Once you understand what led you to make a mistake, you can start developing strategies to stop it happening again. This is crucial if you are to turn negative feedback into an opportunity.

Start by checking who has actually made the criticism. Are they a project manager, a reviewer, a direct client, a third party? Where are they positioned in the workflow? Then assess the quality of the feedback. Does it cover specific points? If not, start by asking for more information. Does it highlight genuine errors, or is it mostly based on personal preferences? If it’s the latter, it is often worth mentioning this fact politely to the sender, which will make it clear that it’s not a case of an actual error.

Does the person have a sufficient grasp of the two languages? I was once told that my translation of ‘please do not forget’ by the French ‘veuillez vous rappeler’ (‘please remember’) was incorrect because I had turned a negative sentence into a positive one. I had to explain to the client that the meaning had not been altered and that my chosen translation was better in the context of the document. (I was also tempted to ask how much French the corrector actually knew but resisted.) Establishing the value of feedback is an important skill!

Once it is clear that the complaint deals with genuine issues with the translation, and you have enough information, it is useful to establish the nature of the problem(s) (style, register, grammar, spelling, omission, addition, wrong terminology, mistranslation, change in meaning, inconsistencies and so on) and its severity (minor, major or critical).

And then, inevitably, it’s time to establish whether or not you agree with the criticisms. This may require further research or advice from colleagues. Pay attention to repeated errors (which should really count as just one error) and to what appear to be stylistic changes - handle those with care, as they may reflect standard terms or phrasing used by the client (whether or not you were made aware of this).

This exercise has three main benefits: it helps you prepare a well-structured response; it may somewhat restore your confidence as you realise that the feedback is not as bad as it first appeared; and it can highlight areas for personal improvement and thus guide your choice of future continuing professional development (CPD) activities.

During this process, you will probably kick yourself - and you will inevitably wonder what caused you to make the mistake(s) in the first place. Was it a case of poor communication, inattention to detail (possibly caused by ridiculously tight deadlines, though this argument often doesn’t carry much weight), lack of subject knowledge, the fact you didn’t know the appropriate terminology or that you didn’t take full advantage of available resources, an insufficiently rigorous quality assurance (QA) process... or was it something else?

Once you understand what led you to make a mistake, you can start developing strategies to prevent it from happening again. This is essential if you are to turn negative feedback round into an opportunity for self-development.

If you tend to leave inconsistencies, typos or grammatical errors in your translations, for example, you could develop and apply a better QA process or invest in good correction software and fine-tune it to your specific language needs. I also like to check my final version against a ‘cheat sheet’ (a tip I got from translator Karen Tkaczyk), which is an expanding personal list of terms that could be used incorrectly but may not be detected by such software (for example, ‘simulation’ and ‘stimulation’). Terminology and context errors can be avoided by using context-appropriate resources and asking relevant questions: does the client already have a favoured translation for any recurrent or key terms, are there words that should be left untranslated, is feminisation of some terms such as patient (patient(e) in French) required?

The key element in your response is the practical step(s) you are taking to prevent the problem from happening again.

If you realise that you made mistakes that you could have avoided if you’d asked certain key questions at an earlier stage in the project, it may be that you need to work on communicating more effectively with clients. If you’ve made a style error, you could enquire whether they have a specific style guide, or else design your own, based on standard guidelines and tailored to the client’s preferences. These are just a few examples of the steps you can take to increase client satisfaction with your work (while also boosting your skills) and to deliver better translations in the future.

Of course, there are situations where the problem stems from the broader context, and the current health crisis is a prime example of this. At this trying time, receiving particularly poor feedback from a client who has previously been satisfied with your work should set alarm bells ringing.

Although a lot of us are anxious to maintain our usual workload, we are also often working in suboptimal conditions, especially if  we have children at home to look after (and attempt to home-school). Working at any cost may be counterproductive in the long term, since repeatedly delivering substandard translations could lead to losing valued clients. Hard as it may sound, you may need to consider reducing your workload to the tasks you absolutely can guarantee to do to your usual standard, and/or focusing on training and doing CPD activities rather than actual paid work until you know it is possible to free up the time and mental resources.

Facing up to answering  back

And finally, you need of course to reply to the sender - promptly. You might start with a variant of the following. ‘Thank you for your detailed analysis of my work. Your feedback is a very useful, and I am sorry you did not find my translation of a satisfactory standard.’ Whatever wording you choose, the aim is to show that you are receptive and professional, and to set the tone for an open and non-defensive discussion about what went wrong.

I would then focus on the specific problem(s) they have raised. Sometimes it is possible to justify your choices and/or explain your reasons. At other times, when you do need to face up to an error, it’s better to follow translator Kim Sanderson’s advice: ‘Say sorry. If you made a mistake you could have avoided, you will be apologising genuinely, and this will come across well.’

Either way, the key element in your response is the practical step(s) you are taking to prevent the problem from happening again. These could include adding the client’s preferred term to your termbase; identifying new resources such as a corpus in order to check the frequency and usage of specific terms; including an extra step in your QA process; updating your style guide; enquiring about any ambiguities sooner; and so on. This will demonstrate both your willingness to improve and your ability to make effective changes. Of course, you must ensure that you remember to implement these strategies. I would advise keeping the feedback in a safe place as a precious reminder of this.

Once you learn to handle negative comments successfully (by being receptive and honest, by stating the changes you are putting in place to avoid similar problems in the future, and, crucially, by implementing these solutions without delay), I am convinced that you will not only be able to appease a dissatisfied client but also, in many cases, to strengthen your relationship with them. After all, most clients will remember not so much that you have made a mistake but that you are willing and able to put matters right.

Advice from other translators on how to deal with poor feedback

‘It is often more productive to discuss this over the phone or in person. It may be hard to persuade yourself to pick up the phone, but I believe it is appreciated. Discussing the negative aspects in some detail will also put things in perspective for you: you may well find out that most of your work was just as it should be, apart from this particular aspect or incident.’ (Kim Sanderson MITI)

‘It is important that our first instinct isn’t to crumble, to jump straight in apologising and accepting responsibility. I would immediately respond [to a complaint], thanking the client for their close attention to my work, and telling them that I will  get back to them after having had a chance to go through their comment. Then I would take my time to look closely at the issue, consider whether the complaint is founded or not and, if it is, think about how it happened.’ (Jane Roffe AITI)

‘The only time I have got poor feedback was when I had taken on a job that I really hated doing or was incredibly bored with – the take-home message for me was to stop doing jobs I hate! If there is any justification at all I just offer 10 per cent [as a discount] and move swiftly on – otherwise you could spend far too much time on arguing.’(Anne Claydon-Wallace AITI)

This article first appeared in the July-August 2020 edition of the ITI Bulletin. 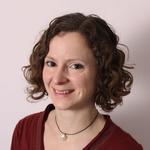 Auriane Destrument MITI is Belgian but has lived in the UK for the last 20 years. She is happily settled in Northumberland with her family. She worked as a scientific researcher before becoming an English to French translator and specialises in science, medicine and pharmaceuticals. She has recently gained full qualified ITI membership.

Developing your career
Return to listing
Share this page