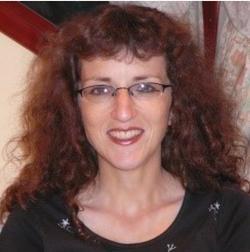 I first encountered the term ‘pracademic’ – a fusion of ‘practitioner’ and ‘academic’ – during a conversation with Sarah Griffin-Mason at the ITI Conference in 2015. This neologism immediately appealed to me as I felt that it captured exactly how I would want to define myself professionally.

I have spent the majority of my working life in France, employed in teaching and in-house translator roles in Rouen and Paris before moving to the Université de Lille in 2007, where I have since worked as both Lecturer and Senior Lecturer in Translation. During my time in Lille, I have contributed to a range of courses on the Master’s in Specialised Translation (EMT) and have published widely in the fields of literary translation and audiovisual translation. In 2015, I followed ITI’s online SUFT course and subsequently set up as a freelancer, specialising mainly in the area of health and well-being and thereby drawing on my experience as a Yoga teacher, Reiki practitioner and CBT therapist.

I initially joined ITI as a Student member in 1999 and later became an Associate, having always believed that belonging to the Institute has validated me as a professional translator. In 2014, I applied for a change of membership status, as I felt that being an Academic member of this professional body would accurately reflect, and indeed promote, my role as a ‘pracademic’.