Six Members tell us about the value of qualifying as an MITI and what they have gained from it. 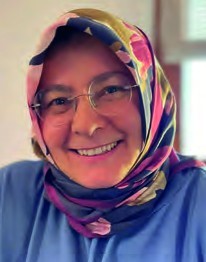 I appreciate being part of an institution that brings together many outstanding professionals in the translation arena. I have not yet utilised my ITI membership to its full potential – partly because Turkish is not among the major languages.

I believe this will improve as I integrate better into the system that ITI offers. And it’s massively reassuring to know that there are reliable colleagues and professionals

within ITI whom I can seek advice from or discuss work with. I believe that this family will steadily and assuredly grow and flourish with the coming of new, energy-filled members. 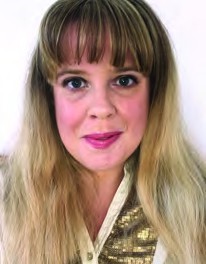 I’ve been an active ITI member since my translation career began in 2018 and I was waiting rather impatiently to become an MITI for the best part of the three years that followed. Although I was already reaping the benefits of Affiliate membership in terms of CPD, community and networking, there were three main reasons I was so keen to progress.

First, qualified status provides external validation and recognition. I moved into translation from the highly regulated legal profession, where career milestones such as training periods, qualification and promotion to more senior roles are clearly mapped out. In the world of freelancing, things aren’t so clear-cut. ITI’s membership levels provide a framework for progression. This was the next step on the career ladder for me and is an excellent way of demonstrating to my clients that I meet high ethical and professional standards.

Second, I wanted to get my hands on ITI certification seals! Apart from being a stationery addict and wanting to add another coveted item to my collection, I am also a specialist legal translator and am often asked to certify translations for official purposes. The seals (and, indeed, my MITI status itself) provide extra reassurance to clients who are seeking these important translations for submission to court, the Home Office or other official bodies.

Third, I wanted to appear in the ITI directory. This is one of the first places I would go to search for a translator if I were a client (and I often do so when looking for translators working in language pairs other than my own), and I felt I was missing out on an opportunity. In the two months after I became an MITI, I had three enquiries from clients who found me in the directory. If all the other benefits weren’t attractive enough, MITI membership is therefore also helping me to attract high- quality clients. That is the strongest business justification possible for making the investment in upgrading to qualified status. 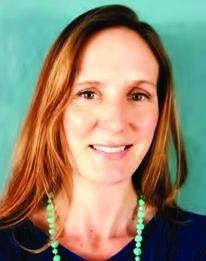 Being an MITI makes me feel connected to the profession even during times when I’m taking on less work, like when I’ve been on maternity leave. I feel like a translator, even when I’m not translating. It helps me see the value in the work I do, and I love being connected to a network of individuals who view their career in the same way I do.

I am the coordinator of the ITI Parent Network, which I helped set up when Covid first hit us and we were in lockdown. At the time, it was a huge emotional support knowing there were other parents /translators out there just like me, trying to find time to look after their children and their clients. As life has started to return to normal, it has been a real bonus to connect with other translators who are juggling their families and freelance careers. Having a safe space to discuss the problems and issues we face on a regular basis has been invaluable to me.

For me, the main values of membership have been the networking, the training and the opportunity to feel connected to other like-minded professionals. As freelancers, we don’t have the automatic support network an employee gains on joining a company. We have no training organised for us, no colleagues to chat to, no help with career development, no pension advice...Being an MITI has given me access to all this, and more. I feel that it has anchored me to the profession, so I no longer feel adrift. 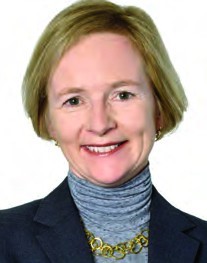 I have become an MITI twice: for Japanese in May 2014 and for German in February 2021. When I initially upgraded my membership in 2014, it seemed a natural step towards becoming more involved in ITI. Inclusion in the ITI directory also seemed an excellent way to raise my profile.

Soon after becoming a member I did indeed notice an increase in work requests, and the ITI directory remains one of the main ways for work to find its way to me. The other benefits that I really value include the ability to plan, log and review my CPD, and the opportunities offered by the various language and subject networks, from training to networking, as well as the ITI Conference.

When I applied to become an MITI for German, my motivations were slightly different. I had grown up in a bilingual home and as a child had spoken German to certain family members and on visits to my mother’s parents in Germany. As an adult, I did not really use my German until I started living in Switzerland in 2010. At that point I began translating from German as well as from Japanese. For the next ten years I worked with both languages but always prioritised Japanese, until in 2020 I started looking for a qualification to reflect the skills and experience I had gained in German. The MITI exam seemed an excellent choice, and since upgrading my membership, my work has been split much more evenly between my two translation languages.

Benefits of membership that I am still to explore include the free resources offered through the website – including the Knowledge Hub – and the various discounts listed there. But the one I really would not want to be without is the access to networks and to the ITI community. Whenever I speak to anyone who is moving into translation, this is the one I stress – if you become a translator, networks are everything! 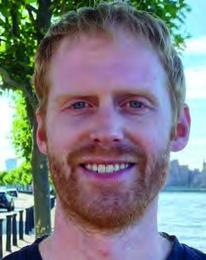 I have been an MITI for about a month, so I am a new member. I decided to join for a number of reasons. First, I wanted to achieve some kind of recognition for my translation skills. Although I have a degree in modern languages I never had a formal translation qualification so I wanted to prove to myself, as much as anything, that I could do it.

Second, I hope that by being accredited and displaying the logo on my website, I will look more professional to potential clients. I have started a company offering a mixture of web design and localised, translated content that is optimised for search engines. As I will also be offering services in languages other than my own language pairs, I feel that the ITI network can give me access to a pool of expert translators with whom I can collaborate. I might also be able to help other members find more work by building them a multilingual website that is optimised for search engines.

Although being a member is all very new to me, I already get the sense that there are lots of opportunities to meet interesting, like-minded people in our industry. I also like the idea that I am now part of a community of linguists, and feel part of a club. So far I have been impressed by the friendliness and support, and I am very much looking forward to attending an event and speaking to some other members, which I aim to do as soon as possible. I am planning to go to the ITI Conference next year, and in the meantime if I can find some smaller events, maybe in Bath (where I have just moved) or London, then that would be great.

Finally, probably the aspect of being an MITI that I appreciate most is having people I can go to when I need to ask questions or for advice. 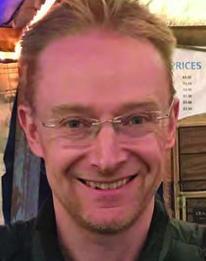 After getting to know a number of MITIs in my early days, I’d always planned to upgrade to MITI myself once I’d accumulated enough experience to apply. I did no formal language study beyond O levels, and I didn’t really feel like a ‘genuine’ linguist until I became an MITI.

I think many translators acquire a degree in a language or languages and then try to specialise, but it was the other way round for me. I was a chemist first, and a linguist later (thanks to seven years living abroad in the pre-internet age).

Since then, I’ve never lost that initial self-confidence gained from becoming an MITI, and one of my best clients found me via my ITI directory listing. The work I’ve had from them since would pay my ITI membership fee for almost 700 years! The one benefit I wouldn’t want to be without is my directory listing. Queries that come via that route tend to be more serious and less flaky than those that come via other routes, most of which I’ve now ditched. And the benefit I’d really want to highlight to other prospective MITIs is that sense of self-validation, and the increased chance of gaining extra (well-paying) work via the directory listing.

This article first appeared in the March/April 2022 edition of ITI Bulletin.

Find out more about becoming an MITI.

Developing your career
Return to listing
Share this page

The butterfly effect: how to survive the web of wildlife terminology translation

10 tips for business networking as a translator or interpreter

Making a difference with mentoring

Helping refugees into education and work as interpreters