The love of language

Lisa Agostini MITI introduces us to a selection of podcasts with a focus on grammar and the general beauty behind language.

Each of the four podcasts I’ve chosen is truly magnificent. You will have perhaps heard of at least one, and if you have only heard one episode of each podcast, then I suggest you subscribe to all four and trawl through the archives. A translator’s reach is global, so I aimed for a variety of ‘Englishes’.

Hailing from the US, Grammar Girl: Quick and Dirty Tips for Better Writing, founded by journalist Mignon Fogarty, has won the Best Education Podcast in the American People’s Choice Podcast Awards an incredible five times. It goes out weekly and has accrued a whopping 800 episodes, having started back in 2006, and it appears to consistently break new ground. Mignon is the Katy Puckrik of language – chatty, friendly, nerdy and quirky – and invites you to indulge in your own obsession with words and punctuation. She offers simple and straightforward tips in short episodes, with plenty of listener interaction as people record their own impressions of words.

The gentle storytelling segments shine when Mignon reads out research summaries from academics or professionals related to a word featured in an episode. Transcripts of every episode can be accessed at www.quickanddirtytips.com. If you want to know the meaning behind ‘diaeresis’, the history of semicolons, whether splitting infinitives is an offence, or why people hate words like ‘moist’ and overuse the word ‘like’, you’ll find a home for life. This podcast is a great resource for any language or communication professional.

Nerdery for linguists to love

If your ears miss the lyricism of accents, then your delight is not short-changed here.

Lingthusiasm is a monthly double-hander podcast hosted by Canadian Gretchen McCulloch and Australian Lauren Gawne. Both hosts have their own blogs and found themselves wanting to share their passion for language and linguistics together more tangibly in a podcast. I smiled at their nerdery and nodded enthusiastically at their meticulous description of all the working parts of languages.

This podcast is a chatty, free-flowing conversation in which academics are interviewed about their linguistic research – my current worth-it picks include episode #28, which features a fascinating insight into University of Essex lecturer Hannah Gibson’s work on African languages and how they influence one another. Episode #34, entitled ‘Translating the Untranslatable’, will appeal to the sceptical translators who don’t accept there’s anything that can’t be translated, and to those who are perhaps more meticulous about wanting an elegant single-word English translation for concepts and ideas from another language.

My very favourite episode was the  first of the whole series, which aired in 2016 and revolved around the general agreement that speaking a single language will not result in world peace. Edited transcripts of conversations are available at www.lingthusiasm.com.

Four years down the line, the hosts have created a community of linguistic nerds on the Discord platform and a range of grammar awareness-raising merchandise including cups, mugs, bottles, pins, T-shirts and tote bags inscribed with gems like ‘Linguistic correctness is just a lie from big grammar to sell more grammars’. What is NOT to like?

Fry’s English Delight (hosted by Stephen Fry) is my next must-listen. I’m going off-piste with this offering, which started off as a radio programme back in 2008 on BBC Radio 4, spanning 10 series. Even if you don’t count this as a ‘podcast’, do give it a go. You won’t find it on any of the common listening platforms, and nor is the full series available on the BBC website or the Sounds player. Audible acquired it recently and has marketed it as an ‘original’ podcast production, free to Audible members, so seek it out there. Each series lasts up to two hours, but is made up of four episodes lasting 30 minutes.

His enthusiasm for metaphors, the history of word usage, and even gibberish is so infectious that you’d be remiss not to want to listen to his soothing and dulcet tones.

If you live in the UK, I’m sure you’ll agree that Stephen Fry has made a niche for himself with his quirky use of the English language, particularly as host of QI, the British comedy panel quiz show. He is a national treasure, a savant, a punning genius, exuding quietly confident intelligence and warm wit. His enthusiasm for metaphors, the history of word usage, and even gibberish is so infectious that you’d be remiss not to want to listen to his soothing and dulcet tones.

Finally, I also came across Twenty Thousand Hertz and was instantly hooked. Created and hosted by Dallas Taylor, this is classy podcast craft at its finest, oozing love and dedication. While not a strictly grammar- or linguistics-related listen, the podcast’s tag line, ‘The stories behind the world’s most recognisable and interesting sounds’, does, much to my delight, address some aspects of language and is therefore a perfectly acceptable offering for informal CPD listening!

A choice episode from the 2020 archive includes #111, entitled 'Conlang’, otherwise known as‘constructed languages’ – think Klingon and Elvish – and made manifest in real life by avid fans forming communities arising out of the ashes, as it were. In it we hear from Jen Usellis, a Chicago singer also known as the ‘Klingon Pop Warrior’, whose credits include performing a version of Dickens’ A Christmas Carol entirely in the Star Trek language of the Klingons, a fully functioning language acquired by actors who play these alien roles. Most people would stop there, but Jen was inspired to release an album of pop songs sung in Klingon.

Explore the 2019 archive and look out for #75, entitled ‘Voice Easy’, about voice artists (a sideline I know some translators and interpreters invest in professionally), and #83, entitled ‘Historically Speaking’. The latter, described as ‘How we shape language to our needs, and it shapes us in return’, features a conversation with Helen Zaltzman, the host of The Allusionist, about the importance of language for our identities over time. Episode #18 in the 2017 archive is also worth a listen and is called ‘The Evolution of Accents’; if your ears miss the lyricism of accents, then your delight is not short-changed here. This episode is sheer bliss. In fact, you should just listen to every single episode from 2017 onwards simply because Dallas Taylor takes you on an exploration of sounds far removed from the ones you may have become accustomed to. Episodes are a tidy half an hour, enough to zone out and suspend reality.

Finally, I’ve found a couple more podcast resources to investigate. Find that Pod will feed your hunger for podcasts of all kinds. It is a weekly newsletter created by Sebastian Arciszewski, who also curates ‘Best Podcasts’ categories on his website. You can follow him on Twitter @ FindThatPod. And the Podcast Brunch Club describes itself as a ‘book club, but for podcasts’. Follow it on Twitter @podcastbrunch.

This article first appeared in the March-April 2021 edition of the ITI Bulletin. 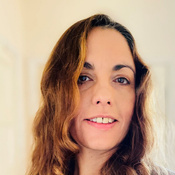 Lisa Agostini MITI offers translation and editorial services from French, Spanish, Portuguese and Italian into English, specialising in the medical, pharmaceutical and humanities fields. She is the coordinator of the ITI Spanish Network.