Winner of the inaugural ITI Mentor of the Year Award, David Beattie explains what he believes to be the recipe for a successful mentor-mentee relationship.

Newcomers to professional translation – or experienced practitioners transitioning to a different specialist field of translation – often feel a bit stranded to begin with. This common experience made me think about why mentors are called mentors in the first place, and of course, the Greeks had a word for it. It all goes back to Homer’s Odyssey.

While he was away at the Trojan War, Odysseus charged his old family friend Mentor with looking after the interests of his wife Penelope and his son Telemachus. Intriguingly, the young Telemachus (the ‘mentee’ figure) is described in the original Greek text as napios, a word that means disconnected – someone who is not properly articulated with or joined to other people.

I wholeheartedly commend the various mentoring schemes offered by ITI’s Language, Subject and Regional Networks as a powerful remedy for any feelings of disconnectedness.

While every individual mentor-mentee pairing will be different and unique, I believe the evolving relationship should:

Involve skilful and active listening on both sides

The mentor is a ‘guide by the side’ rather than a ‘sage on the stage’, acting as a colleague first and as an expert second. A know-it-all approach to mentoring can be intimidating for the mentee and stifle the relationship. A mentor is not necessarily someone who walks ahead of the mentee to show how they did it; a mentor walks alongside the mentee to show what the mentee can do.

Challenge mentees to think issues through for themselves

Mentees can be coaxed into finding their own solutions rather than being spoon-fed with immediate answers. The main objective should be to help mentees become more of who they already are, rather than more like the mentor.

Encourage mentees how to think, not what to think

By providing a sounding board for ideas and offering prompts for reflection, the relationship shows mentees where to look, not what to see. I try to give mentees something to take home and think about aside from the translation assignment itself. Olympic athlete Michael Johnson has this to say: ‘A good mentor offers directions and driving tips from the back seat. The mentee still has to drive the car!’ Mentees do the heavy lifting and ultimately have to decide whether to take or ignore their mentor’s advice.

Go beyond the predefined terms of the mentoring scheme

Although contact with mentees naturally tends to lessen and loosen as time goes by, I try to keep things open-ended. I encourage past mentees to keep in touch and to consider becoming mentors themselves sooner rather than later. It’s good to see them stepping out confidently to answer queries on general terminology and business forums.

Be a two-way street

The relationship is about making a connection and sharing knowledge and experience. In June 2021 in its ‘Life and Arts’ section, the Financial Times ran a piece called ‘The Power of a Great Mentor’. I was struck by this comment: ‘Part of the mutual gift in the mentor-mentee relationship is that the presence of the mentee in the mentor’s life holds a light to our own work.’ It invites mentors and mentees to reflect more intently on what they are doing and how they are doing it. In one sense mentoring is a relationship that blurs the role of the one who teaches and the one who is taught. No matter how much we may think we have ‘arrived’, we never outgrow our ability to learn from others.

Emphasise the need for both parties to be life-long learners

Confucius (or somebody!) is reputed to have said: ‘If you’re the smartest person in the room, you’re in the wrong room.’ Mentees shouldn’t unquestioningly accept every single piece of advice the mentor gives. And instead of mutely agreeing with everything I say, I’d far rather mentees asked me thoughtful questions that lead to productive debate and perhaps even persuade me to modify my own thinking and practice.

Conclusion: The mentor-mentee relationship isn’t rocket science, but it can be rocket fuel

An effective relationship will breathe fresh impetus into the way both mentor and mentee practise their profession. Whether you’re considering becoming a mentor or a mentee, the easiest next step is to contact your ITI Network co-ordinator and ask to sign up for the next round of its mentoring scheme. Mentors don’t have to be in the twilight of their career to qualify, and mentees (whatever their level of experience) can look forward to a one-to-one focus that arguably delivers maximum impact in terms of bolstering confidence and overcoming disconnectedness.

David Beattie recently took part in an ITI webinar about mentoring which is available for ITI members to watch.

Mentoring for the future 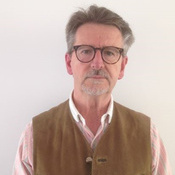 David Beattie is a retired German-to-English translator who specialised in medicine and pharmaceuticals. In 1973 he became a staff translator for a pharmaceutical company that went through numerous corporate incarnations until it became part of what is now Sanofi, at which point (in 2000) he turned freelance. He is a long-standing committee member of ITI’s MedNet, and has edited its Newsletter for the past 15 years. About 35 years ago he came up with the original idea for a series of medical translation workshops. He started mentoring for MedNet in 2015 and was the inaugural winner of ITI’s Mentor of the Year award in 2019.