Translation is more than simply transferring text from one language to another. Translators have to create a document that flows correctly in the target language, but still conveys the message of the original, all whilst being localised for the readership. If there is one thing that can present the biggest challenge when translating, it’s the humble idiom.

Idioms are something we use nearly every day. They help us to reinforce the point we are making as the audience instantly understands the figurative meaning of what you have said. In the English language alone there are estimated to be 25,000 of these sayings. 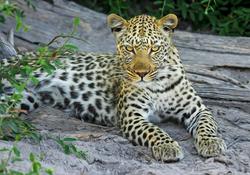 The popularity of the idiom is something that can slip up a translator. You cannot simply translate an idiom word by word into the target language, as the reader is unlikely to understand the meaning. A good example is “a leopard can’t change its spots“, which in French is literally “un léopard ne peut changer ses taches”. Yet when translated literally, the meaning is unlikely to remain the same, as this is not the common idiom used in France to convey the same figurative meaning. Instead, the French saying to most closely match the meaning is “chassez le naturel, il revient au gallop”, which translates to “chase away the natural and it returns at a gallop”. Both mean that a person can’t change their nature, but this message could be lost if you relied on the literal translation.

Of course, the difficulty is that we are all so used to slipping these sayings into our day-to-day conversations that we have stopped noticing how odd these idioms are. It’s easy to see why they could trip up a translator, because if they’re not familiar with the phrase they’re unlikely to know what it means.

Where did all these idioms come from?

How much do we even know about the origin of these sayings we use so much? Have you ever stopped mid-sentence and thought: “What does raining cats and dogs even mean?” It’s no wonder these idioms are so hard to translate when we don’t really know where they came from in the first place.

So, we thought it is only right we get to the bottom of some of our most popular sayings!

When you see someone/something who looks exceptionally similar to someone/something else, you’re likely to call them a “dead ringer”. Today, this idiom is so common we hardly stop to think that neither “dead” or “ringer” mean double/identical/similar or any other word that would actually define what it is you’re saying. As a result, this is one phrase that could certainly slip up a translator!

The most popular theory about the origin of “dead ringer” is that it came from a contraption set up in a person’s coffin, which would allow them to pull a rope to ring a bell above ground if it turned out there had been a horrific mistake and they weren’t actually dead. The phrase “saved by the bell” is also said to come from this anti-live burial contraption.

Except it is unlikely such a tool was ever widely employed by people wishing to avoid a premature trip into the afterlife. Instead, the phrase actually comes from the practice of racehorse owners rigging the odds. Ahead of big races, an owner would display a horse that looked identical to their prize animal, but that lacked its skills. This was the ringer, and it would be raced in front of an audience in order to drive up the odds against it. The owner would then have a friend or relative bet on their horse with these huge odds, and on the day of the race, they would substitute the ringer with its double.

If you’re wondering about the “dead” part, it is often used to mean exact, such as “dead centre”. What we’re left with is “dead ringer”.

This is another term that would be tricky to translate out of its native English, even though its origins are Italian. Of course, we use the idiom to describe anyone extremely pleased with the outcome of a situation, but who is Punch and why is he pleased?

The answer is Mr Punch, from the Punch and Judy shows that continue to play out at seaside resorts, carnivals and fetes around the country. His origins date back to the 16th century when there was a character called Polichinello who appeared in masked Italian theatre.

By the 17th century, he was appearing in shows put on by puppeteers known as Professors, who would act out the scene using two glove puppets. While you may have guessed where the “Punch” came from, you’ll probably be shocked when you learn his original story – and why he’s so pleased.

Punch is left to look after his baby, who he kills – sometimes by accident, sometimes on purpose. Obviously his wife Judy is not too happy about this, and she and Punch have a fight with their slapsticks until Judy dies. From this point, Punch gets into fights to the death with a long list of other puppets, ending with the Devil himself.

As he beats each of his adversaries, Mr Punch declares: “That’s the way to do it!” And that’s where “pleased as Punch” comes from.

“The wrong end of the stick”

The origins of this phrase are particularly gruesome, especially given its fairly innocuous meaning. To get the wrong end of the stick simply means you have misunderstood a situation, but many believe it once had a much more literal meaning.

During Roman times, the men would head to the communal toilets to continue talking as nature called. This was before the days of toilet paper, so the men would use a long stick with a bundle of cloths at one end, which would be passed along the row to whoever needed it. Grabbing the wrong end of the stick would be a fairly horrific experience.

However, there are many who believe this isn’t the origin of the saying at all, and that it actually comes from accidentally leaning on the wrong end of your walking cane. Yet there is little evidence to back this up either, meaning you will have to simply choose the theory that most appeals to you.

Going back to the idiom we used earlier in this post, “raining cats and dogs” is the term still used to define torrential rain. However, unlike the other idioms we have examined, there are few theories about this saying’s origins and none can be proven!

One suggestion is that it came from animals seeking shelter in the thatched roofs of people’s homes and then slipping off them in heavy rain, but this is unlikely to have ever happened. How many dogs do you know that would climb up into someone’s roof to sleep?

While we can’t prove where this phrase came from, perhaps a more appropriate idiom would be “it’s raining fish and frogs”, which has been known to happen on rare occasions.

However, idioms aren’t about making sense, which is why it’s important to tread carefully when you’re tackling a translation. After all, you don’t want your reader to get the wrong end of the stick as these may lead to some terrifying mistranslations!

How CPD has changed my career

ITI's Christmas Hamper: The comma - to pause or to parse?