I began translating in about 2001. I started slowly, combining translations with working as an English teacher before eventually dropping my classes. 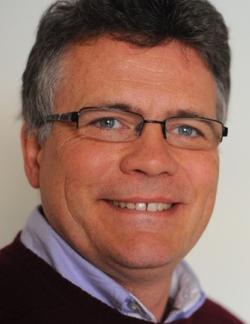 I had moved to live near Barcelona about three years earlier and, for me, translation provided an ideal way of earning a living, especially being my own boss.

I had no formal training, but I did have professional writing experience, having been a journalist on English regional newspapers for about 15 years. To begin I knew no other translators and it took ten years before I really began to get involved with translators and translators’ associations.

I wish I could say that I came straight to the ITI, but in fact, when I decided I wanted to take a formal translation qualification, the first one I found out about was the DipTrans. I enrolled on an online course and passed the exam the following year. At about the same time, I started going to translation conferences and discovered that most of the people I met belonged to the ITI. I wanted to join because it seemed such a dynamic, lively organisation, but was put off by the idea of having to take another exam.

And that was how things stayed until this year when I was told about the new route into the ITI for those with qualifications including the DipTrans. I decided to follow it and I’m delighted to be a member and excited about becoming involved in the association. My tip for those following the same path: be patient and get organised. There are lots of documents to coordinate and it takes a bit of effort but it now all feels worthwhile.

Developing your career Translation
Return to listing
Share this page